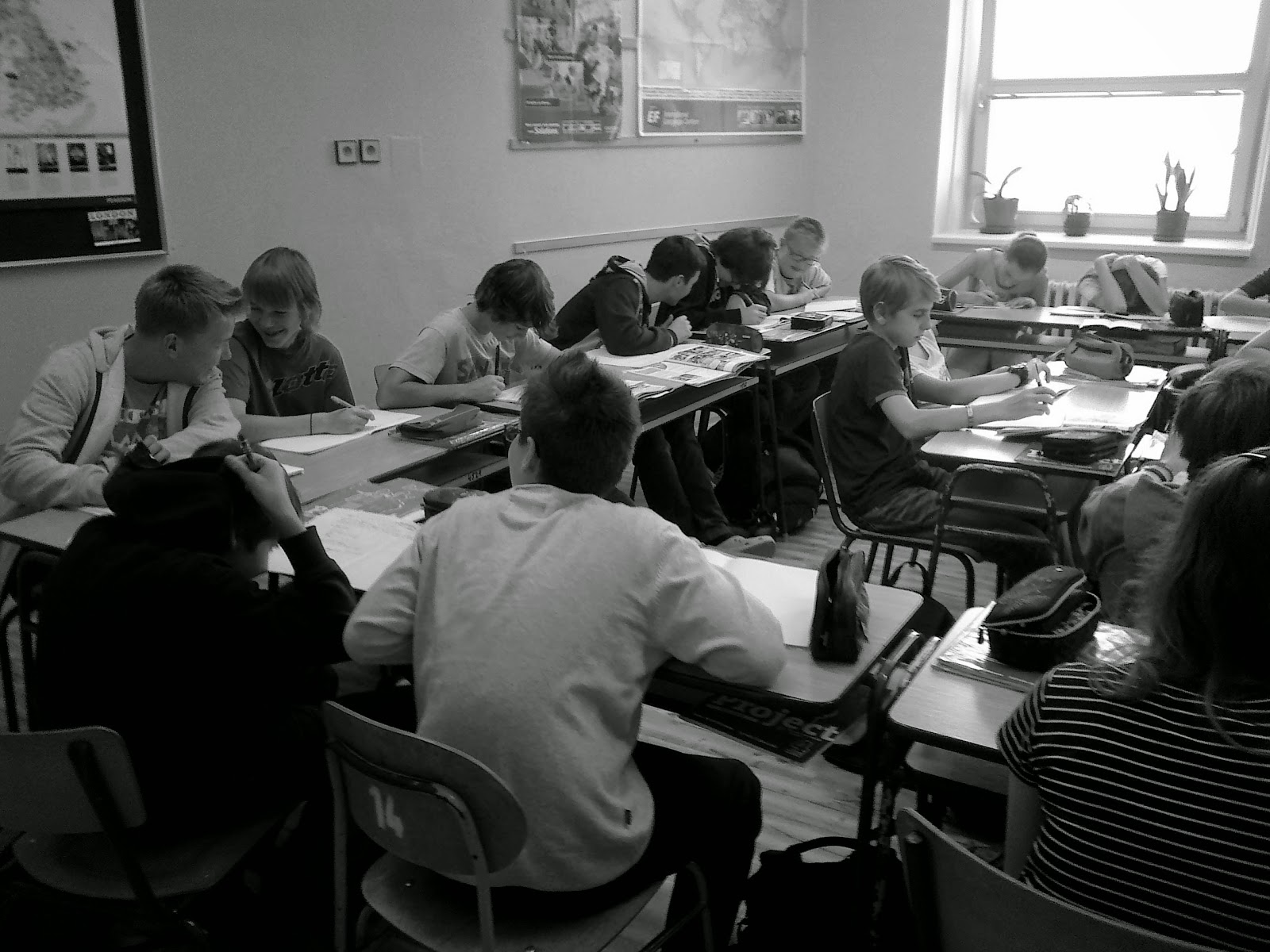 I wanted to tell you that it was not correct but the activity was going so slowly that I didn't want to prolong it by interrupting.

You may try to guess who uttered the sentence above. Or I may well reveal it right away. It wasn't the teacher - it wasn't me. It was one of my students; one of the best ones, I should stress. The thing is that I wasn't concentrating enough, or I may have been concentrating on something else, and I overlooked a minor mistake somebody had made while we were checking an exercise. The strong students are always alert; they are watchful, like on tree stand hunting. As they have nothing better to do - they were the first to finish and thus they are a little bored - they have plenty of time to look around and listen while others struggle to get their answers right. Despite paying close attention to the struggling student, I may easily overlook the incorrect or imprecise part. I usually do realize it a couple of minutes later and I try to fix it by telling the class apologetically; however, I do so only when a minor mistake becomes important because the language item is the focus of the exercise. In a mixed-ability class like this, the response I usually get from the crowd, in the form of an almost inaudible and incomprehensible mutter, is usually something along the lines: Oh dear, didn't I say it? And I respond, amused but rather impatiently: “So why didn't you tell us if you knew? You would have made things easier for me - for all of us”. And then the same student adds: “I wanted to tell you that it was not correct but the activity was going so slowly that I didn't want to prolong it by interrupting”. Now I don't know whether to thank the student politely or shoot another impatient look at him. This was a reproach in disguise, of course. I wonder why incidents like this make me feel so frustrated. But then I sit at a staff meeting and the boss claims something we all know is wrong. But nobody dares to object openly; either because they don't want to upset the boss or because they want to go home as soon as possible. That's when I think of the cheeky student and I'm grateful for his honesty.

There's another thing that bothers me. I feel rather schizophrenic about my attitude towards my almost grown-up students. They are 17 or 18 so I feel I should treat them as adults. I shouldn't reproach and scold them. But there's this thing about homework, latecomers and disruptive chatting; what should I do when 50% of them haven't done their homework? Shall we check it with those 50% or leave it till the next time, when everybody has completed (copied) it? I know that for some students homework is a waste of time, but is it fair not to require it from them? And what about the latecomers? Not only is tardiness violation of the school rules and latecomers will officially be punished anyway, but most importantly, it is disturbing and impolite. Also, I feel really embarrassed when I have to scold an 18-year-olds who are chatting and laughing out loud because something hilarious has caught their attention. The other day one of the students almost had a nervous breakdown after somebody had laughed out loud and she thought they'd laughed at her.

I think I know why these things bother me. I think it's because deep inside I wish I could gain control over everything in the class, which I obviously can't. I like discipline but I hate enforcing it. I hate bossing people around. I want everybody to be happy, including myself, which is not possible, of course. The thing is that if you work hard and plan a lesson thoroughly, you somehow expect that things will go according to plan. But why can't I just apply all the wonderful tips EFL teachers share on the internet? Why can't I just teach the language the way I think is best for my students? Why is teaching so complicated? Why is it not straightforward and predictable? I really hate to ask questions you'd expect from a novice, and I hate the feelings of powerlessness after so many years of experience. Well, maybe I should be thankful for all those feelings in the end. Perhaps, without them I wouldn’t be able to enjoy the successes. How would I actually know a lesson went well without having experienced a feeling of despair and failure? Would I want to improve my teaching if I thought there is nothing to work on? There's no point in answering suggestive and rhetoric questions. But it always helps me to ask them....