Parallel text reading resources - a tip for a Christmas gift? 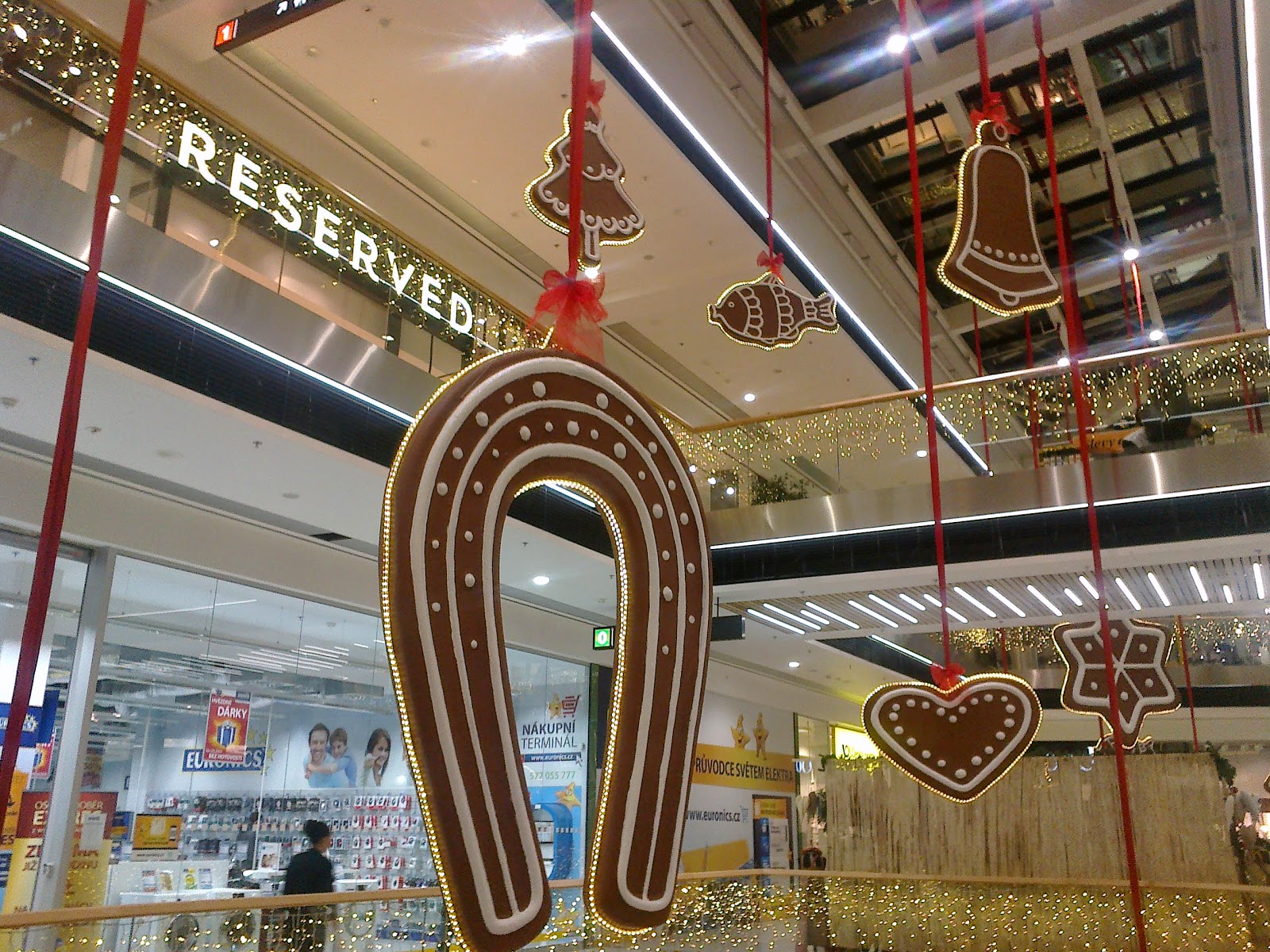 Ever year in December I find myself in a book store staring hopelessly at all the shelves full of amazing books. This year I'm facing an extra problem though; I'm trying to decide whether to buy my son a book in Czech or in English. He's an upper-intermediate learner so he can read both now, but the fact is that as far as original English books are concerned, the choice is rather limited. Surprisingly, the shelves are packed with parallel text reading resources - books in which the target language and the native language are presented side by side on the same page (or two adjacent pages).

I must admit that I have long been pondering the benefits and pitfalls of so called parallel texts (or 'mirror' texts) without coming to a definite conclusion. Many years ago, when I started studying English at a university level, I bought an A4 paperback volume including two stories by Oscar Wilde - The Nightingale and the Rose and The Remarkable Rocket. I should stress that it was an unabridged version. Apart from the fact that it was a bargain, I found it fascinating to have an original version of classical literature, but I confess I considered it extremely difficult to read at that time. For some reason I've never actually read the whole thing. Nevertheless, I've kept it for all those years hoping that I might use it in my own teaching some day. I never have so far.

One of the reasons for rejecting this teaching material may be:
1) that I've never used it as a learner myself, so I don't believe in the benefits of using them in the classroom.
2) that the way it's printed out is rather unattractive; there are no pictures or any visuals whatsoever; there are paragraphs in two columns (on the left there's the English text and on the right its liberal translation, and under each  paragraphs there's some space left for the reader's notes). This, to my mind, is very disruptive and spoils the pleasure of both reading and learning.
3) that somebody I respect once told me that parallel text materials have more disadvantages than advantages.

Nonetheless, there are many proponents and fans of parallel text learning resources, who believe that there are sensible ways of using them in ELT or in autonomous learning. The publishers probably think so too and the offer is the tangible proof. Needless to say, unlike twenty years ago, nowadays one can get glossy books with plenty of visuals, additional exercises and audio CDs. The trouble is that I can't get one big question out of my head: what is it that makes these materials dangerous for language acquisition?

The key problem is obviously the translation; if it's a liberal translation, the less advanced learners may find the structure of the target language complicated, and thus the Czech translation, for example, will not be very helpful. The thing is that the flexible Czech word order doesn't correspond with the relatively fixed English word order, and this discrepancy makes the reference between the two texts almost impossible, at least up to a certain level of proficiency. Thus learning will hardly occur because without understanding there's no learning.

I must admit that when reading a book in English, I'm often tempted to find out how a professional translator has handled this or that phrase, so I occasionally peek into the Czech version, if I happen to have it at my disposal, and I compare the original text with the translation. But I'm a keen linguist and an advanced user of English, not a pre-intermediate learner of English. A word-to-word translation from the target language would solve the aforementioned problem, but the result would sound unnatural and clumsy, and it would probably annoy patriots and Czech linguists.

So far I've mainly discussed unabridged versions of English literature. What about simplified versions then? As a big fan of graded readers I strongly believe in the benefits of using them in a language classroom. However, a simplified version of a book, in my opinion, doesn't need to be turned into a parallel texts resource at all. What's the point? In my own experience, if I know that the translation is within arm's reach, I will unintentionally switch between the two versions. This is rather disruptive and it will deprive me of the opportunity to think and work out the meaning. I get everything on a silver plate, so to speak. 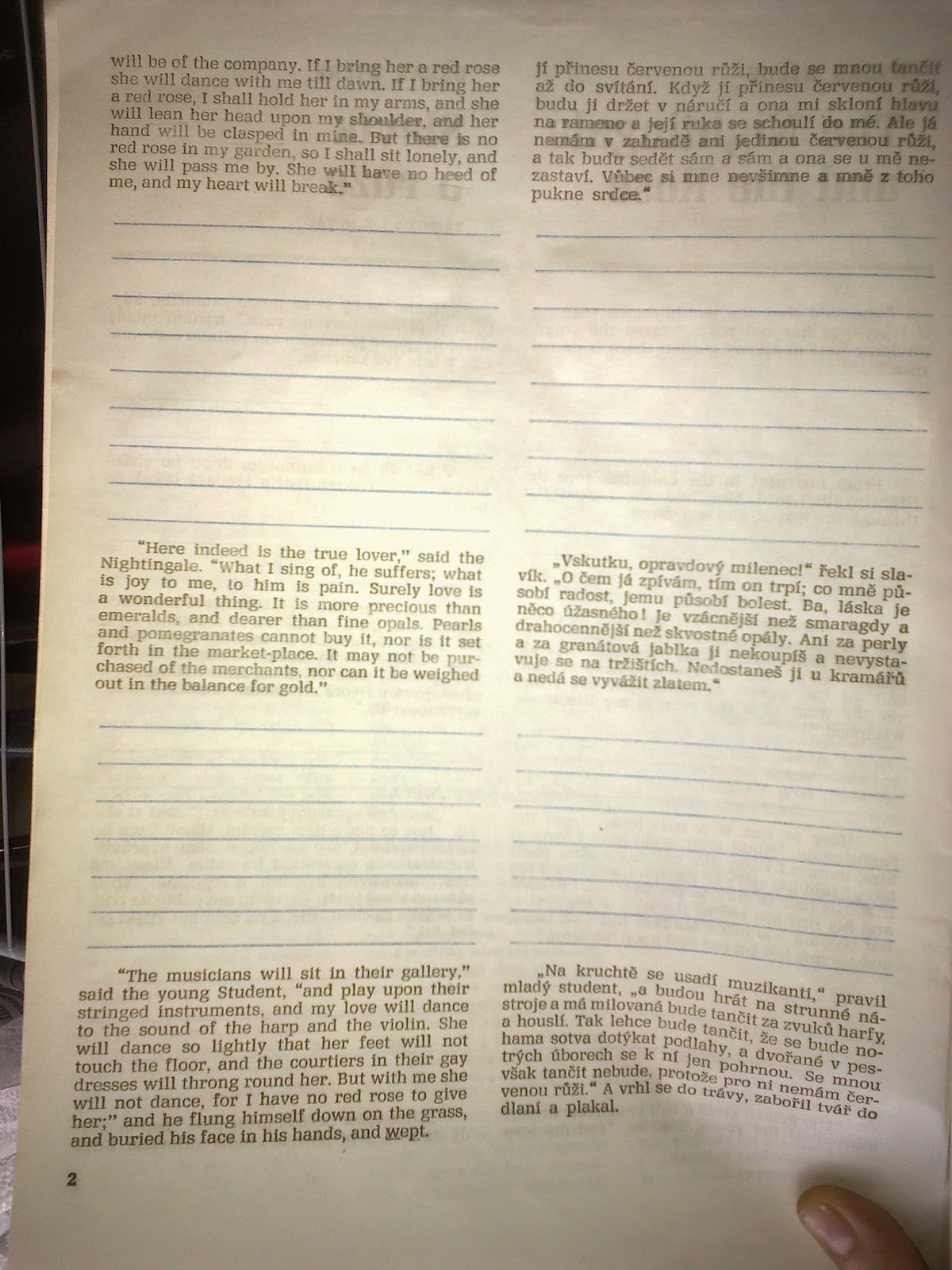 I haven't conducted or stumbled upon any research which would prove that the materials in question are either beneficial or harmful to language acquisition, so if anybody reading this has some further knowledge or links to articles, posts or papers, I'd love to read them. I think it would be interesting to do an experiment with parallel texts learning/teaching materials, and I already have some ideas in mind. One of the ideas is dividing a class of pre-intermediate/intermediate students into two groups, providing one group with some parallel text reading material of an appropriate level and the other one with the same text but in English only. It would be interesting to compare the amount of incidental vocabulary acquisition, for example.

My hypothesis, mainly based on my personal experience, is that parallel texts teaching/learning resources can be used as extra practice for advanced/ fully autonomous language learners and/or students who specialize in translation. However, I consider them quite useless for beginners who have not grasped the way the target language works. If I get a short, simple text in Spanish, for example, (I don't speak a word of Spanish) with its liberal translation, I don't think I will learn a single vocabulary or a grammatical item. If it does happen, it will be due to the fact that I already speak several languages and I will recognize the cognates, for example. As far as the word-to-word translation alternative is concerned, I don't think I'd like to learn or teach a language this way. To me parallel text reading materials are terribly anti-communicative (and unnatural), no matter how popular they appear to be with publishers or general public.