One of my futile attempts at perfection 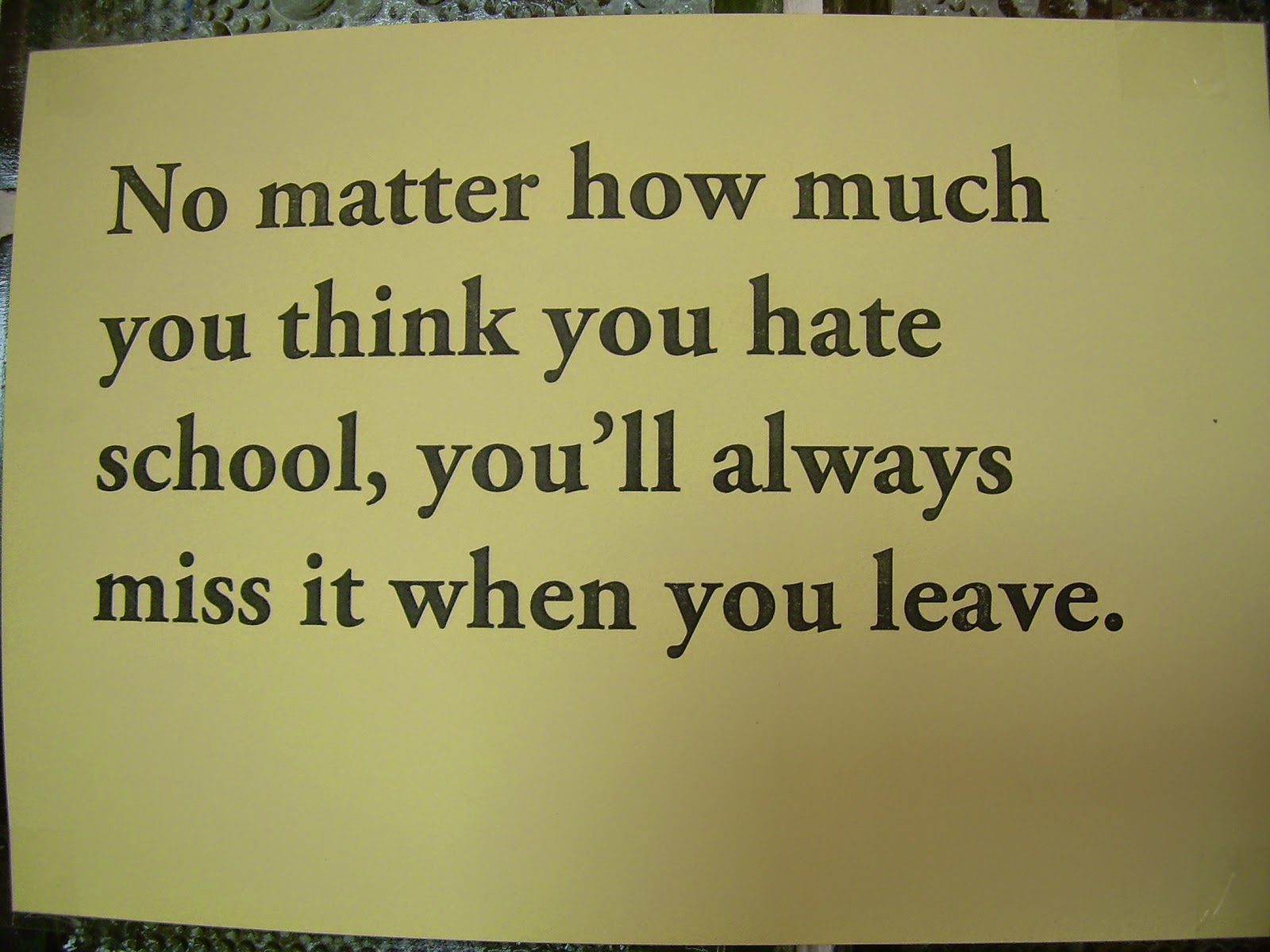 So, the big day has finally arrived and the place where I work is swarming with school inspectors. Well, swarming is not the right expression - actually, there are only four of them and they are almost invisible. They've been working quietly and efficiently in a room behind a door with a special lock, with their noses buried deep in heaps of documents. From time to time they lift their heads from the papers and go and observe a lesson.

It was on Thursday when I learned that one of the inspectors, a very elegant and professionally-looking lady, was coming to my lesson too. Although I prefer to observe rather than be observed, and this was my first inspection ever, I wasn't worried - definitely not about the methodology part of the observation. Firstly, they'd chosen a class I really like. Secondly, as someone having spent half my life behind the teacher's desk, I'm fully aware of my strengths and weaknesses as a teacher. Thirdly, I got lots of feedback on my teaching during my methodology course and some valuable advice from my administrators too. I should add that I regularly attend conferences and webinars and I know what is considered to be a 'good lesson'. To put it bluntly, I think I know what the inspectors might expect.

Thus, early in the morning the next day, when I was as fresh as a daisy and full of beans, I made myself a nice cup of coffee and got down to work. I should mention that I never make detailed lesson plans but I know it's wise to have one at my disposal when I'm being observed. When writing up the plan, I kept in mind that the inspector might ask about the lesson objectives. By the way, stating them has never been one of my strengths. Nevertheless, I finally managed to come up with some acceptable wording and I gradually included all the stages that should be present in a decent lesson based on communicative principles. I didn't want to include activities and methods unfamiliar to my students because I didn't want them to feel uncomfortable. I suspected that an experienced inspector would tell immediately that I was building Potemkin villages anyway.

Before the lesson I made sure that the board was clean, that technology worked and that the room was properly illuminated (yes, inspectors focus on these things too). I let some fresh air in and made some minor changes to the seating arrangement so that no chairs were in the students' way in case they were asked to stand up and walk around the room. I asked the students already waiting in the class to get ready for the lesson - books and pens onto the desks, food into their bags. I wanted everything to be perfect. All in all, I was well-prepared, possessing all the knowledge about teaching and stuff. Yet, the inspector wasn't 100% satisfied with my performance. She gave it precisely 95%. Let me describe what happened.

Later on, when the inspector and I were walking up the stairs heading towards the classroom, she asked me lots of questions about the class. For example, she wanted to know how big the group was (10 kids), how long I'd been teaching them (for 5 years), if there were kids with special educational needs (yes, there is one boy), what methods I used to help the boy learn effectively (I give him extra time during tests, read texts for him if he asks me to), where I got information about how to work with these kids (from a special adviser working at the school), etc. I was alert and tense but before we reached the classroom I seemed to have passed the first checkpoint. So far, so good.

At some point in the lesson the inspector got up and walked around the classroom to look at the students' notebooks (the paper ones). When I saw that she'd opened one owned by a boy whose handwriting is probably the messiest in the group, I knew that she had just discovered the first flaw. Although I had suspected that the inspectors might want to check out some of the students’ written production, I hadn't asked the kids to rewrite their messy notebooks. The thing is that it's a class of 16-year-olds and some of them don't even bring their notebooks regularly, and most of those who do don't take notes consistently anyway. They use their coursebooks and workbooks but their notebooks are terribly neglected. I'm quite liberal in this respect; it's a very responsive and motivated class so I don't force them to take notes or write neatly. But maybe I should consider this in the future. 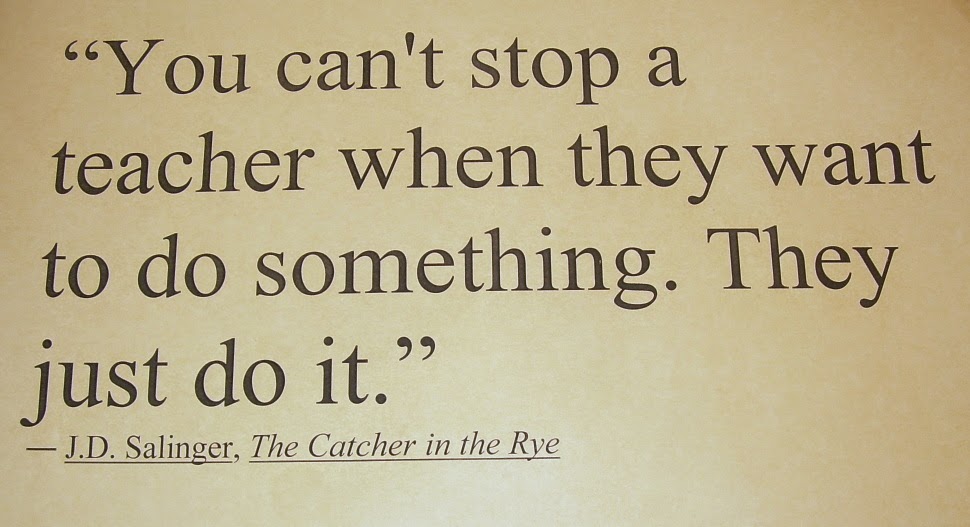 Somewhere in the midst of the class, I realized that my timing had gone all wrong (typical, I always include too much) and so I had to skip a big part of the plan. Despite the little obstacle, I didn’t panic. It turned out to work well in the end and the inspector later appreciated this particular adjustment. What she didn't like though were some aspects of the listening part, which I had included in the plan towards the end of the class. She pointed out that the listening had been 'deafening' (I admit I should have checked the sound from the back of the classroom, but it seemed OK to me) and too long. I estimate it was about 3 minutes max (I played it twice, which made it 6 minutes long), and the students had no problem completing the true/false comprehension check exercise, even though it was a challenging topic (ecology). In addition, the kids are used to much longer tracks. But maybe she was right and I should have structured a bit more. I'll try next time and see if it makes a difference.

In hindsight, I think I should have included the listening earlier in the lesson because I didn't have time to wind up the lesson properly, which she considered the biggest flaw of the lesson, plus I announced the homework assignment just when the bell rang. I obviously know this should not happen - I still remember my teacher trainer’s advice: everything that happens after the chime doesn't leave a single trace in the students' memory. Well, my students are responsible enough and they (almost) always do their homework but this is obviously no excuse.

As I said, I've taught this particular class for five years and I see them four times a week, which undoubtedly creates some unique teaching conditions. For example, as I know I'll see them the next day again, sometimes in less than 24 hours, I believe it's not a disaster if I there's no time left for the recap or the final words of praise (I obviously give them positive feedback throughout the lesson). Oftentimes the bell rings in the midst of my sentence or in the middle of an exercise and I just say: OK, thanks, that's it, to be continued tomorrow. I'm not very happy when this happens but that's the way it is in reality. The inspector said that I would feel uncomfortable if she left the room without any feedback but I think it's different because I'll never see her again. But maybe I should think of a fixed final ritual, which I'll always stick to.

To conclude, no matter how thoroughly you prepare a lesson, how experienced you are and how much you know about methodology and inspectors, things may go wrong anyway. Obviously there are things which you can’t anticipate or influence. Also, there’s so much going on around you, so much to think about that you simply overlook details which the observers can spot immediately with their trained eye. And even if you can unveil the flaws yourself, it’s often too late to fix them on the spot. On a more positive note, the inspector said that overall my lesson had been excellent - the students had been engaged and motivated all the time and they had learnt a lot. More importantly, the boy with special educational needs talked to me privately after the lesson and said it had been one of the best lessons he remembered. :-)