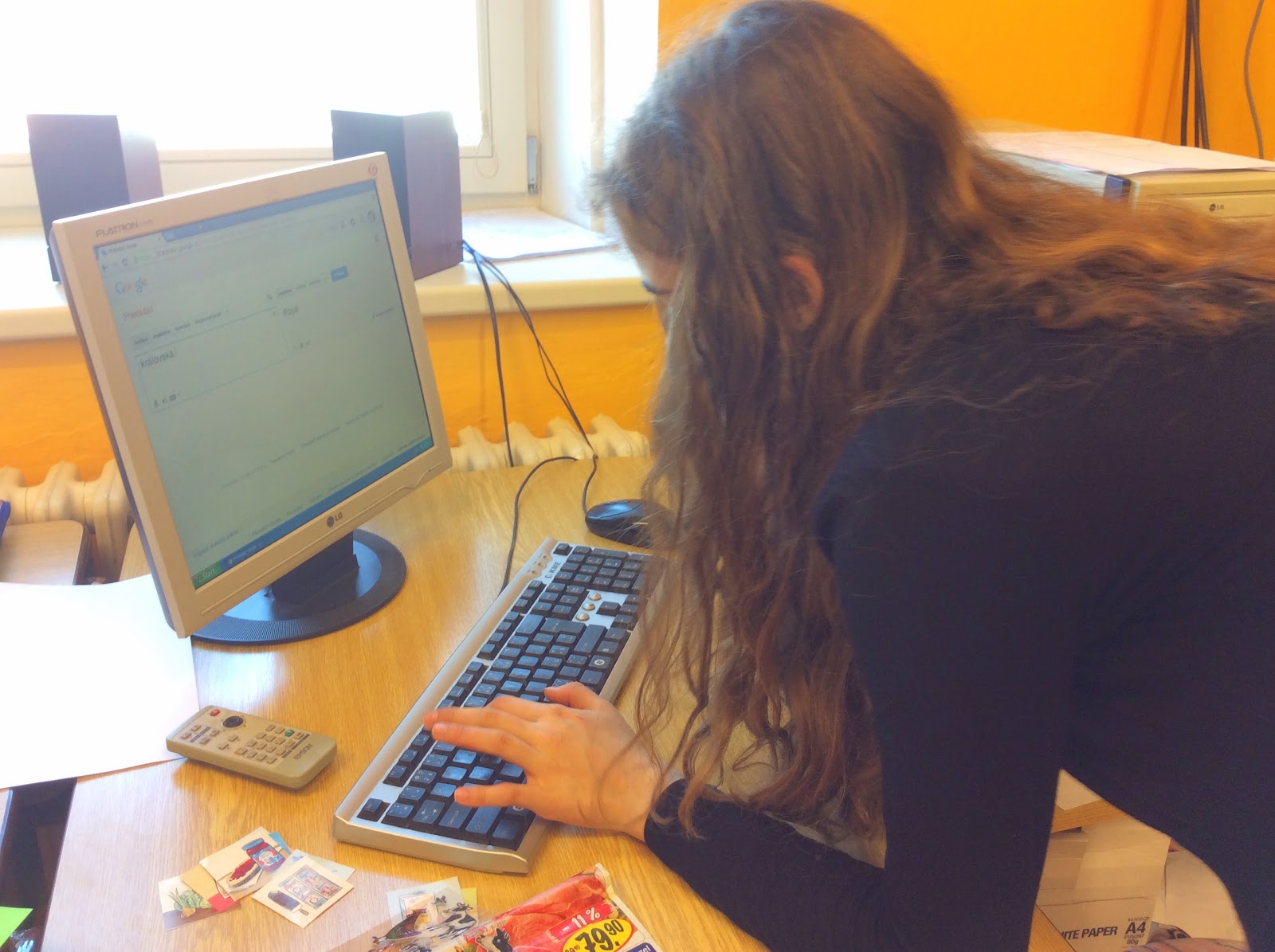 The other day I posted a couple of photos to the #eltpics Facebook group. I had taken the pics during a workshop called Design Your Ideal Coursebook. From the images one can tell that it was a truly enjoyable experience and that doing workshops is great fun. Let's look behind the scenes, though.

At first I should confess that I originally wanted to write a different post - about how much trouble I had had planning this particular workshop. However, I eventually stopped babbling about how desperate I felt and instead I decided to wait and see how the workshop actually turns out. The truth is, though, that this post is going to be a rant anyway.

Here's the story: each year, a number of subject teachers at our school are ordered asked to come up with an idea for a workshop. The summary of the workshop is displayed on a huge board opposite the entrance gate. Students then choose workshops, mostly based on the content, and sign up for them. However, I believe there are other criteria students consider when opting for a particular workshop, such as the teacher's popularity. Here comes the first flaw - there are more workshops than necessary and thus some of them end up being empty or with just a couple of names on the list. The reader might object that this approach is fine because thus students have a greater choice of topics. The trouble is, though, that the teachers who didn't succeed in attracting a satisfactory number of students take it as a failure or blame themselves (or somebody else does so) for not having tried hard enough.

Anyway, I passed the first checkpoint by managing to 'gain' 13 participants. They were a mixture of 12 and 13 year olds, and I knew they were a creative and motivated bunch of English learners, so I was really happy. The empty workshops were finally cancelled and the teachers were asked to assist their colleagues.

As I already mentioned above, it really worried me that until the last moment I didn't have a very detailed plan of what the workshop should look like. I had a rough idea of what I wanted to do with the students but there was no particular order, sequence or any sign of clear structure whatsoever. So I brainstormed in bed, took notes on the bus, drew doodles in the kitchen, created mind maps; I even used the post-it notes technique Joanna Malefaki describes in her post. But I was hopeless. It was not just one lesson or a double lesson, or even a string of separate lessons to be thought through; the project had to be designed so that it covered a period of five lessons in which I had to provide my students with content that was interesting, engaging, cohesive, meaningful, and cross-curricular. Having said that, you can imagine that teachers are not exactly over the moon when the day finally comes. The preparation stage is time-consuming, and the overall experience is emotionally challenging.

The night before the workshop I gave up. I had lots of random ideas, I knew how I would start but I decided to leave the rest up to serendipity. In was in the title after all: Design your ideal coursebook. How could I prepare every detail in advance? It wouldn't have been their ideal coursebook if I had planned too much. I know it sounds like an alibi but I just had to look at things rationally once I felt lost.

Needless to say, my creative gang were absolutely amazing and the workshop went really well. In the morning we looked at some old coursebooks and we discussed what was good and what was not so good. Later on we compared those ancient publications with modern coursebooks and argued what had improved over time. We also carried out a small survey outside the school, and analysed and presented the results. Based on the discussions and the results of the survey the students then agreed on the content and the title of their Ideal Coursebook. I asked them to work in pairs - each pair was responsible for one unit of the book – but they also had to keep the integrity of the book in mind and cooperate as a team.

To cut it short, it was a lovely morning and we had a great time but I shouldn't forget to mention one more drawback. After the workshop finished, all the teams gathered in the gym for the final presentation. Each team then presented the outcomes of their learning in the form of posters, projects, role plays, etc. This was a great show and lots of fun, except that there was a committee that was supposed to vote for the best three presentations. In fact, you could spend all day preparing for the five-minute presentation, and do nothing else, and your team might well win the first prize. Or you could spend one hour working on a super poster and then put your feet up on the wall and listen to a guided relaxation - and your team might still win. Or your team could work non-stop and engage in lots of interesting activities and then prepare a nice presentation but they may still end up 'medal-less'. I ask: How can you assess the process only based on the outcome? 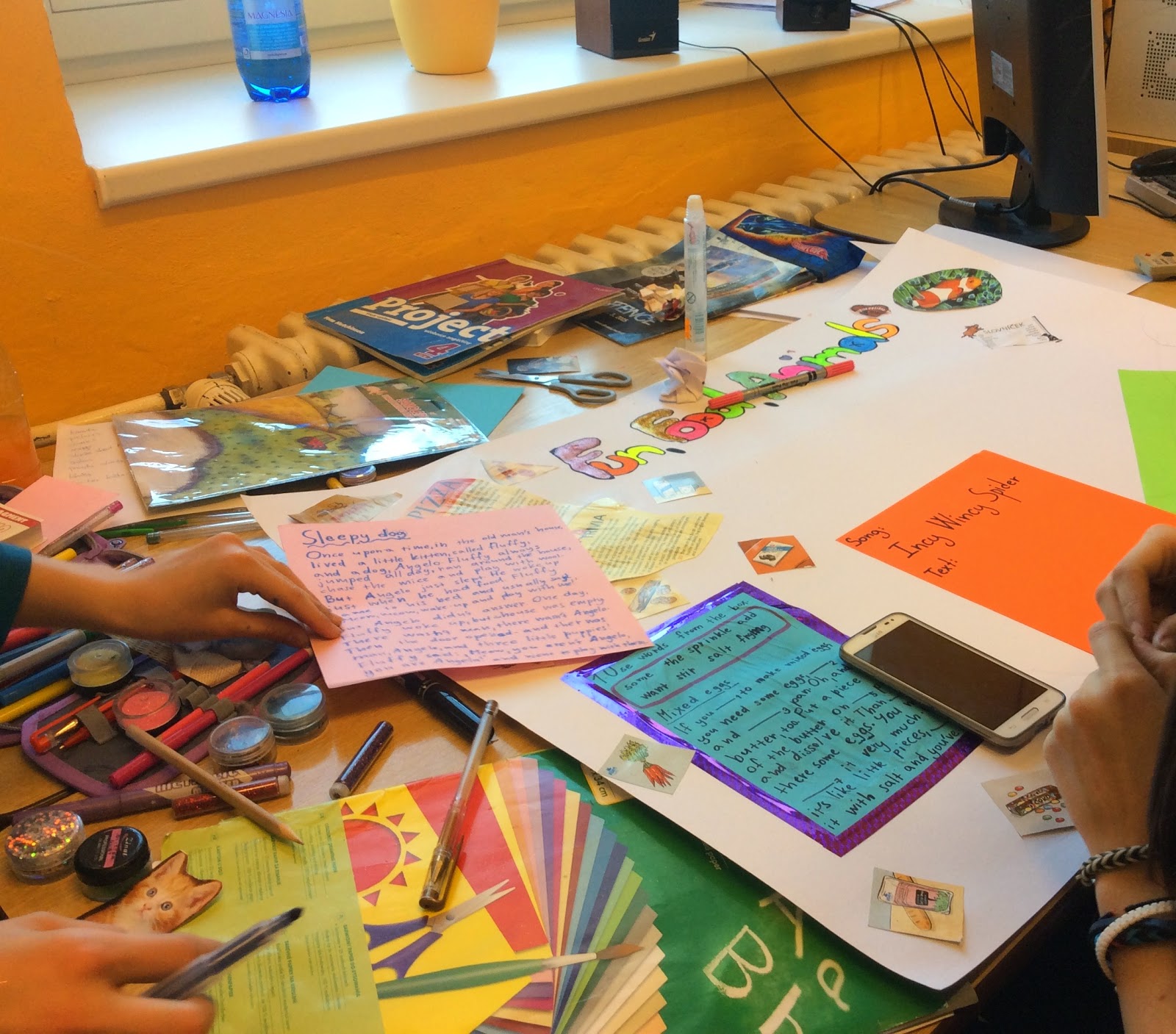 My colleagues and I had protested against this summative type of assessment of something that should not be judged and measured this way before. How can you assess a biology workshop alongside with a German language one anyway? Last year my team won and the members were on cloud nine when they got some sweets, but I felt sorry for the kids who had been working hard for the previous 4 hours and ended up empty-handed. This year my team didn't win and again, I felt upset about the fact that they had been judged and assessed this way. Why do I always feel the bitter-sweet taste at the back of my tongue?  I would like to enjoy the experience to the fullest but somehow I can't ...